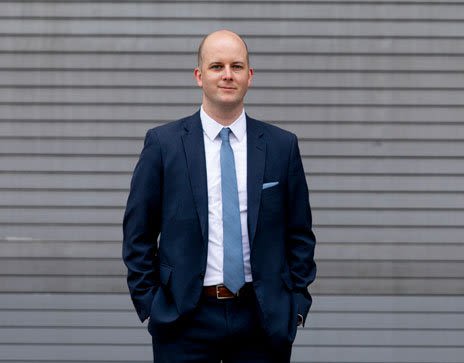 Mr. Davies has narrowly focused his practice to assist clients that have been accused of criminal acts. Brandan is dedicated to preserving the rights of the criminally accused and has extensive experience helping clients that find themselves charged with a crime. Whether it is a multiple felon or a first-time offender, Mr. Davies understands that being accused of a criminal act can have life-altering consequences and care must be taken on each case to assure the best possible outcome. Mr. Davies’ trial experience has caused the National Trial Lawyers Association to name him as a Top 100 Trial Lawyer. Mr. Davies has experience handling high profile cases that receive national media attention and will combat the negative spillover that the media can have on a client and that case.

Brandan has received the highest possible rating by Martindale-Hubbell for Criminal Defense: AV Preeminent. Lawyers receiving this AV Rating have reached the heights of professional excellence. If a lawyer receives this AV Rating, he has usually practiced law for a number of years, and are recognized for the highest levels of skill and integrity.

Mr. Davies has been selected to the Super Lawyers Rising Stars list in every year since 2014. Super Lawyers is a rating service of outstanding lawyers from more than 70 practice areas who have attained a high-degree of peer recognition and professional achievement. The selection process includes independent research, peer nominations and peer evaluations. Less than 2.5% of attorneys are selected to receive this award. Mr. Davies was also selected to be a member of the National College of DUI Defense. College members represent the most “experienced DUI defense attorneys in the country.” Brandan was also accepted into the American Association of Premier DUI Attorneys in 2015 as an executive member.

Mr. Davies makes it a priority to receive specialized training to stay one step ahead of prosecutors. He has been certified per the National Highway Transportation and Safety Administration curriculum to perform and evaluate the Standard Field Sobriety Tests. This training is the same training received by police officers who administer these tests to suspected DUI offenders. Mr. Davies has annual refresher training on multiple occasions to keep up to date on evolving NHTSA Standard Field Sobriety Test training. Mr. Davies has also received specialized training on the Intoxilyzer breath test protocols and received a certificate as a breath test examiner.

Mr. Davies is  member of the Kansas City Business Journal's Leadership Trust and is a known leader in the legal industry.  He is often called upon by both local and national media outlets to comment on a developing legal issue and has been featured dozens of times explaining complicated legal issues to the press.