ThreeBest Rated searched through all of the area's criminal defense attorneys and awarded the three with the best score. Their scores were calculated on a 50-point system with factors including client testimonials and satisfaction, affordability, history, and overall excellence. We are proud to announce that we were awarded one of those three awards. 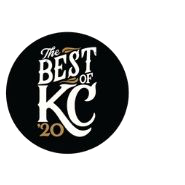 We are proud to announce that Brandan Davies has been named as the “Best DUI Lawyer in Kansas City” by the voters of the Kansas City Magazine. This impressive feat is particularly special considering that he was awarded by the people of Kansas City. Attorney Davies has dedicated his career to defending his clients, and he's proud to share this honor with the individuals he has served.

Both partners have been selected as Super Lawyers in their respective practice areas. Less than 2.5 percent of all lawyers are selected to receive this award. Super Lawyers is a rating service of outstanding lawyers from more than 70 practice areas who have attained a high-degree of peer recognition and professional achievement.

Jason Roth has been selected as a lifetime member of this organization. The quality of the membership is very impressive and includes many of the top trial lawyers in the country. Many of the members, including Jason, have achieved numerous million and multi-million dollar results.

Both of the partners have been awarded “Top 100 Trial Lawyers” Award by the National Trial Lawyers Association. This exclusive club is an “invitation-only” membership, and is composed of the premier Kansas lawyers who exemplify superior qualifications as a criminal defense lawyer or personal injury lawyer.

Since 2002, the Kansas City Business Journal has recognized outstanding lawyers throughout the Kansas City area. The 13th-annual Best of the Bar includes 219 honorees, who are chosen by their peers and specialize in dozens of practice areas at 131 firms and solo practices throughout the metro area. Jason Roth has received this award five times!

Attorney Brandan Davies was ranked 10-out-of-10, “Superb” through testimonials, peer reviews, and achievements, on one of the most prominent Attorney-review websites dedicated to assisting the public in hiring the best lawyer for their legal needs.

Attorney Brandan Davies became a member of the National College for DUI Defense, which is described as “a professional, non-profit corporation dedicated to the improvement of the criminal defense bar, and to the dissemination of information to the public about DUI Defense Law as a specialty area of law practice.” 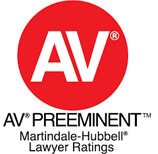 Brandan Davies and Jason Roth have received the highest available rating (AV Preeminent) from Martindale-Hubbell for their respective practice area. An AV® Rating signifies that the lawyer has reached the heights of professional excellence. He or she has usually practiced law for a number of years, and is recognized for the highest levels of skill and integrity.

Each Partner has been named as a top practitioner in their respective area of law by the Best of Kansas City Blog. BloggerLocal is a Kansas City Based news and review aggregate independently rating local business and professionals.

Jason Roth has been names as one of the Top Rated Car Accident Lawyers in Kansas City by Blogger Local.  To view the list, click here.

Brandan Davies has been named as one of the Top Rated DUI defense attorneys in Kansas City by Blogger Local. To view the list, click here.

Roth Davies LLC was voted for the 2022 Edition for the Best Lawyers Recognition. The firm was recognized in the year 2021 as well. Best Lawyers is based on an entirely peer-reviewed methodology and captures the consensus opinion of leading lawyers about the professional abilities of their colleagues.